Each year Beloit College releases The Beloit College Mindset List. Since the list was first published in 1998, in addition to providing college professors a chuckle, it has also proved to be an eye-opening look at ”the cultural touchstones that shape the lives of students entering college” that year.  The list was originated by Beloit professor Tom McBride and Public Affairs Director Ron Nief as a reminder to faculty members that many references used in class might be outdated, but it has become a much more comprehensive look at the worldview of current college students.

We include here, for your consideration, amusement and possible consternation, a few of the items that are true for current college students. These are taken from the last four Mindset lists. So if your student was born between 1989 and 1992, consider some of the following.  (You may view the entire lists, by year, at www.beloit.edu/mindset.)  If you sometimes wonder why you feel as though you don’t know your college-age student, read on.

Think about it.  When we say our college-age students ”live in another world” we may not realize how true that statement is.

This site uses Akismet to reduce spam. Learn how your comment data is processed.

Practical coaching for your first semester freshman’s success. This is a weekly newsletter subscription full of tips and encouragement.

You’re not sure what to do.

Get started helping your student now.

College parenting in your future?

Here’s what to do while your student is still in high school.

Here's a page packed with links to articles, just for you.

From Caretaking to Coaching

Successfully guiding your child to and through the college years.

We're proud to have been a finalist in About.com's Reader's Choice Award for Best Survival Guide for Parents of College Kids!

I have so enjoyed your series of information and have followed suggestions given. It has been most helpful. I have used you as a resource throughout my daughter's college experience and have learned so very much! I shared your site with many people as they start the college journey with their son or daughter.

Thank you very much for guidance by arming parents with tips and valuable information. It has helped me tremendously. 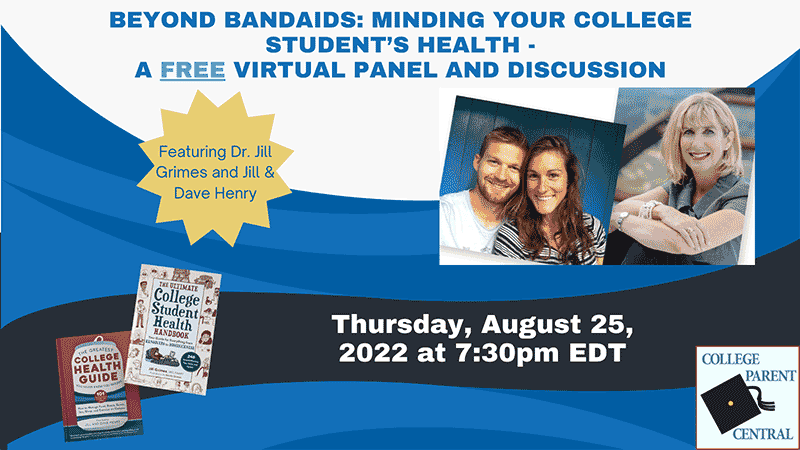 Read more about how this e-book can help.

We found a resource we love and we want to share!

The Talking College Card Deck is a fun way to help you start essential conversations to help your student make the transition from high school to college.

With over 200 different discussion prompts, you’ll find plenty that apply to your family.

Great graduation, birthday, holiday or anyday gift for your student!

And – if you use the coupon code CPCSAVE, you'll save $2.00 on your purchase.

Not sure what that means or where to begin?

Begin to think about your new role here.

Your new password has been sent to your email!

You just missed it! This listing has been filled.

Post your own housing listing on Uloop and have students reach out to you!

Please select an image to upload
Note: must be in .png, .gif or .jpg format
OR

Provide URL where image can be downloaded
Note: must be in .png, .gif or .jpg format

Success, your registration has been submitted